High-Level event at the European Parliament

High-Level Event on Smart Farming in the European Parliament

On the 29th of January, Internet of Food and Farm and Smart Agrihubs organised a high-level event in the European Parliament named ‘Smart Farming: Digitalisation of Agriculture and Vision for the CAP’.

The event started off strong, with all stakeholders in the projects and other interested parties meeting up over coffee, and a small IoT device exhibition. The exhibition showcased an array of objects used in the different use cases within IoF2020. The Meat trial brought pig ear trackers which register individual pigs and follows them in what they do, effectively creating the possibility to follow individual animals in a large farm from a distance. Bluetooth trackers to track wine crossing Europe’s borders were also present, as were field sensors which register weather patterns. This exhibition allowed for the attendees to gain a more practical knowledge on the larger and sometimes abstract topics of IoT, smart farming and digitalisation. As the attendees took their place, they were spoken to by the opening words of Bert-Jan Ruissen. 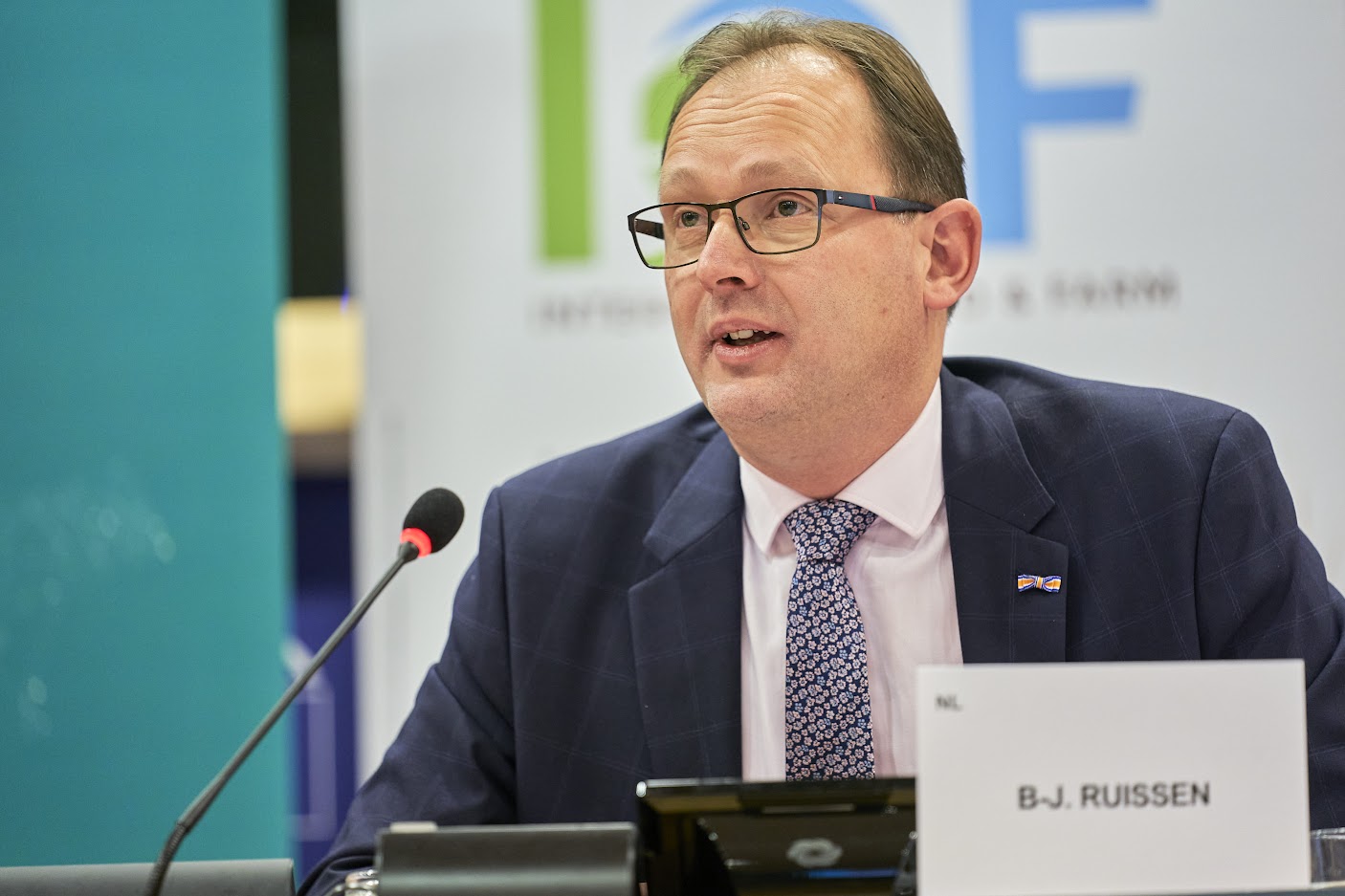 The ECR MEP Bert-Jan Ruissen welcomed everyone wholehaertedly, before introducing the panelists of the first session on EU Agriculture and the role of digitalisation in the EU agricultural and food challenges. In his address, Mr. Ruissen introduced the attendees not only to the subject, but situated it as well, in the potential for the renewed CAP, the European Green Deal, and the Farm-to-Fork strategy. With this strategy, the EU aims to create a food-and-farm chain that is more transparant, sustainable, and competitive. Joel Bacquet, programme officer at DG CNECT, highlighted the importance of the need farmers have or will have, of Decision Support Systems, in order to help them in their decisions. He mentioned the importance of proactive detection of crop diseases digitally. SmartAgriHubs pushes this innovation in rural areas through the Digital Innovation Hubs. This is an important role for Public Policy, he posed. 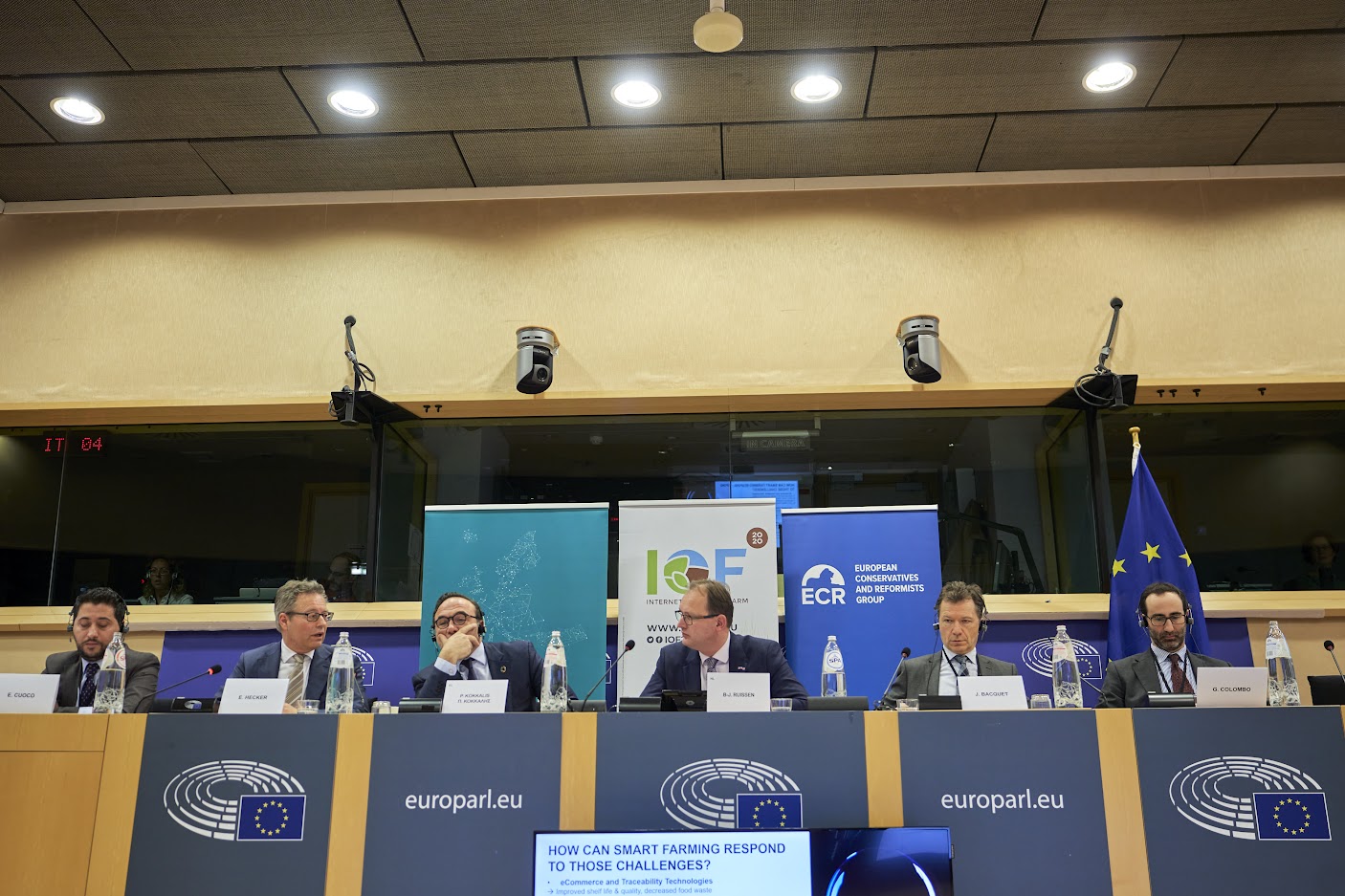 Edwin Hecker broke the conversation wider than the running projects, or the farmer’s viewpoint, linking the environmental, social and technological developments of the projects to the Sustainable Development Goals, and stating the smart farming and IoT can be detrimental in reaching these goals. The discussion went quite a bit further still, than just the direct influence on farming as Eduardo Cuoco stated: ‘how do we make sure that digitalisation foes not leave anyone behind?’, combining the challenges of agricultural output with the challenges of keeping agriculture competitive enough for both large, and spall players to be able to compete.

The IFOAM director also discussed the importance of smart farming in the organic farming sector, highlighting cooperation between different actors in the supply chain. Critique from his side came on the lack of clear targets on sustainable production to help in the transformation of the farming system.

The second session of the morning discussed the role of data management and how to enhance the adoption of smart farming technologies. Chaired by Petros Kokkalis MEP, the discussion again, went further than the projects, which was very interesting to see develop indeed. Touching upon the role of data trust, traceability of data, and the pressing issue of lack of access to technology and connectivity in rural areas, the panel gave a varied view on the current struggles. 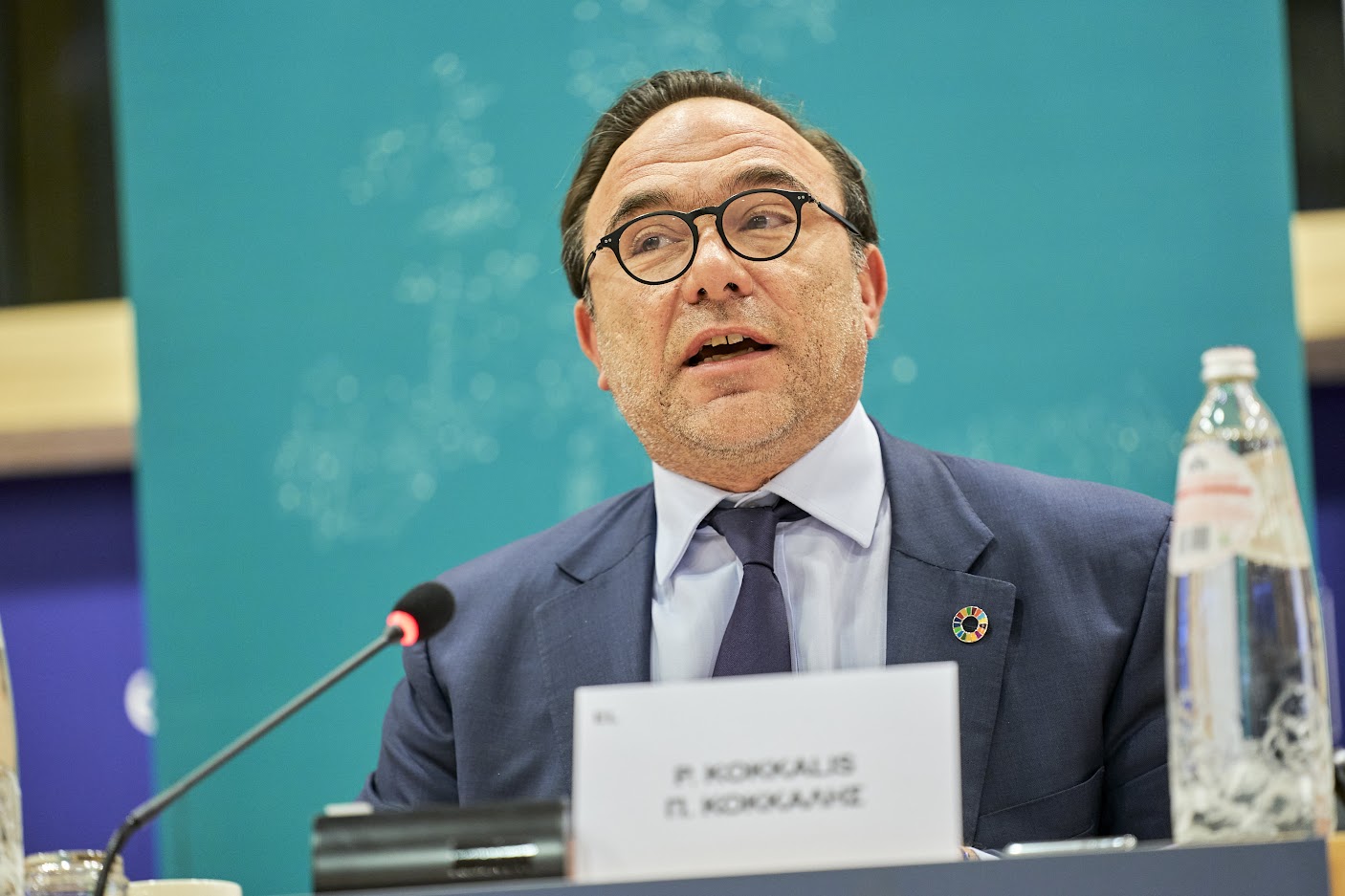 CEMA Technical Director Ivo Hostens shared the industry’s views on the role of data management, stating that the industry is working on easy, secured brand independent data sharing by developing an open-source interface. Embedding a code of conduct on this data sharing, was agreed by the panelists a next steo in the development of the digital economy in agriculture. Daniel Azevedo, director of Commodities, Trade, and Technology at Copa Cogeca, saw a challenge in the growing pressure on the productivity of farmers without the access to technology that would help them. Technology could also, said Azevedo, help farmers to know what exactly it is the consumer wants, as well as shocase the farmers themselves, allowing for full transparency in the farm-to-fork supplychain, which would change consumer behaviour.

At the end of the second session, sad news from Commissioner Janusz wojciechowski’s office reached us that he could unfortunately not make it to the event for his speech. The Commissioner received a last-minute request for his presence at a meeting on the Coronavirus. 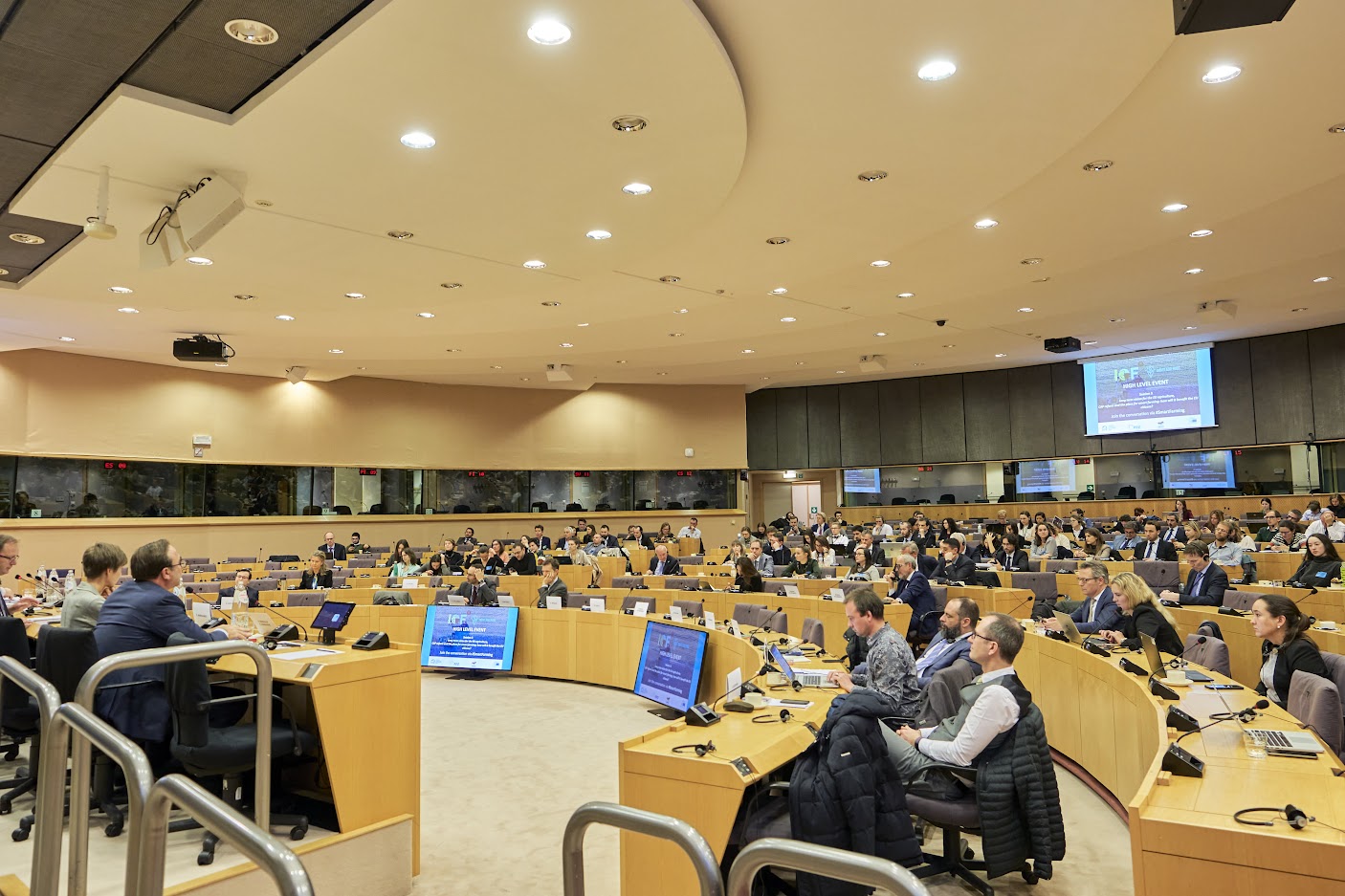 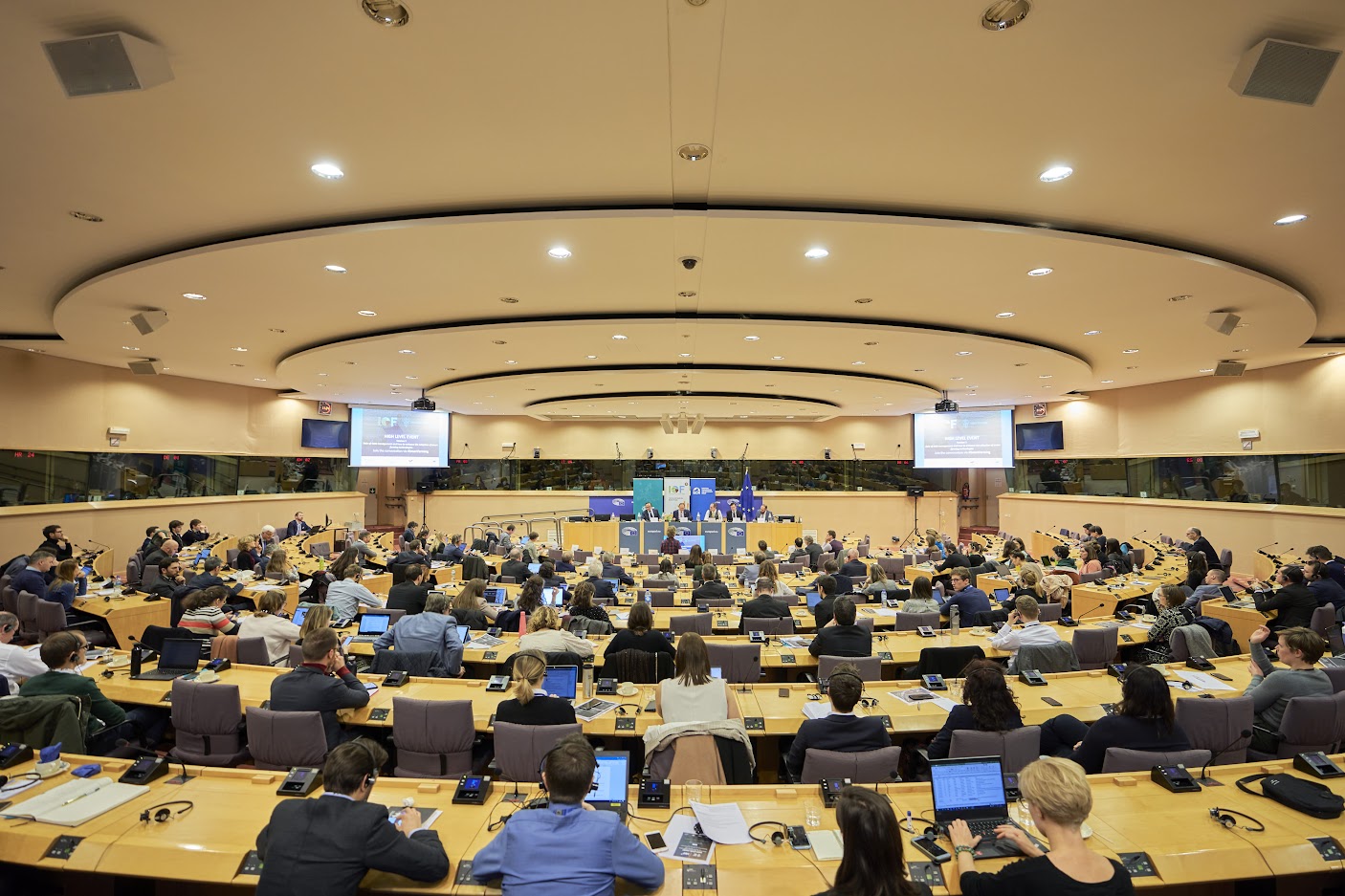 The third sesison used the time well, however, in its riveting discussion on the long-term vision for EU agriculture, CAP reform and the place for smart farming. In that topic, the discussion mainly situated itself around the question of how EU citizens will benefit from these developments. Norbert Lins, MEP and chairman of the committee on Agriculture and Rural Development, lent us his chairing skills for this session. George Beers was the first voice to be heard. He is the project coordinator of both Smart 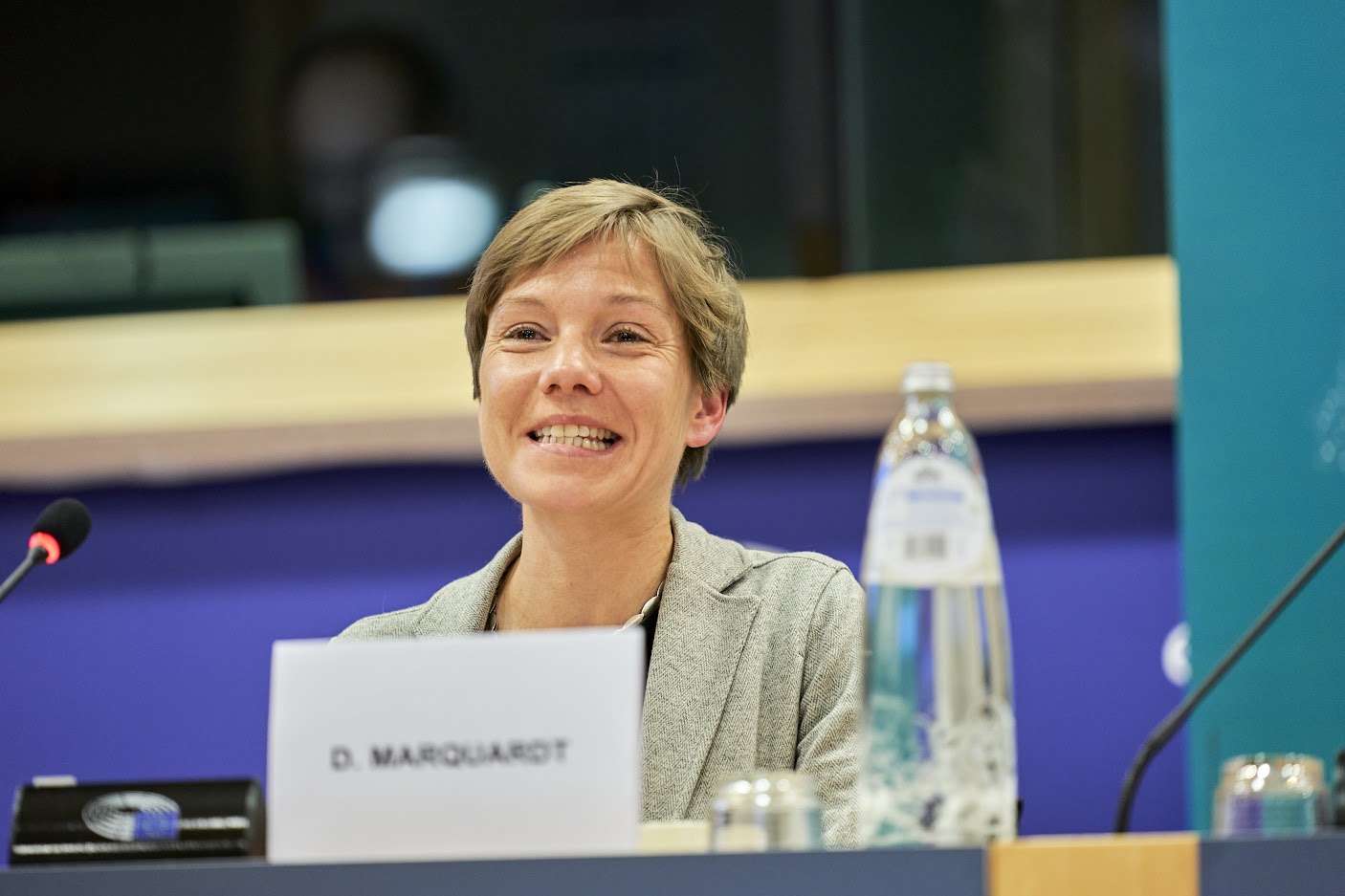 Agrihubs, and IoF2020. He talked about the uncertainties surrounding digitalisation and the profound changes they are to bring with them. This, argued Beers, is to be the case for all sectors, not just agriculture. The new amounts of data to come from these developments in this new economy, should foster the development of new competences to interpret them. Beers also touched upon a sore point, often swept under the rug in these debates, which was the sheer gender inbalance, with Doris Marquadt, programme officer at the European Commission, being the only woman on stage during all three sessions. Beers said: ‘We need to address things like gender, we are missing opportunities if we do not address these issues.’. Proof of this statement, was shown by Marquadt herself in her identifying of the need for aligned technological and political developments. ‘It is important that the various policy instruments go hand in hand with the digital transformation’, thus stated Marquadt. She went on to discuss the role of digitalisation in both the new Common Agricultural Policy, and the potential allignment with the European Green Deal. 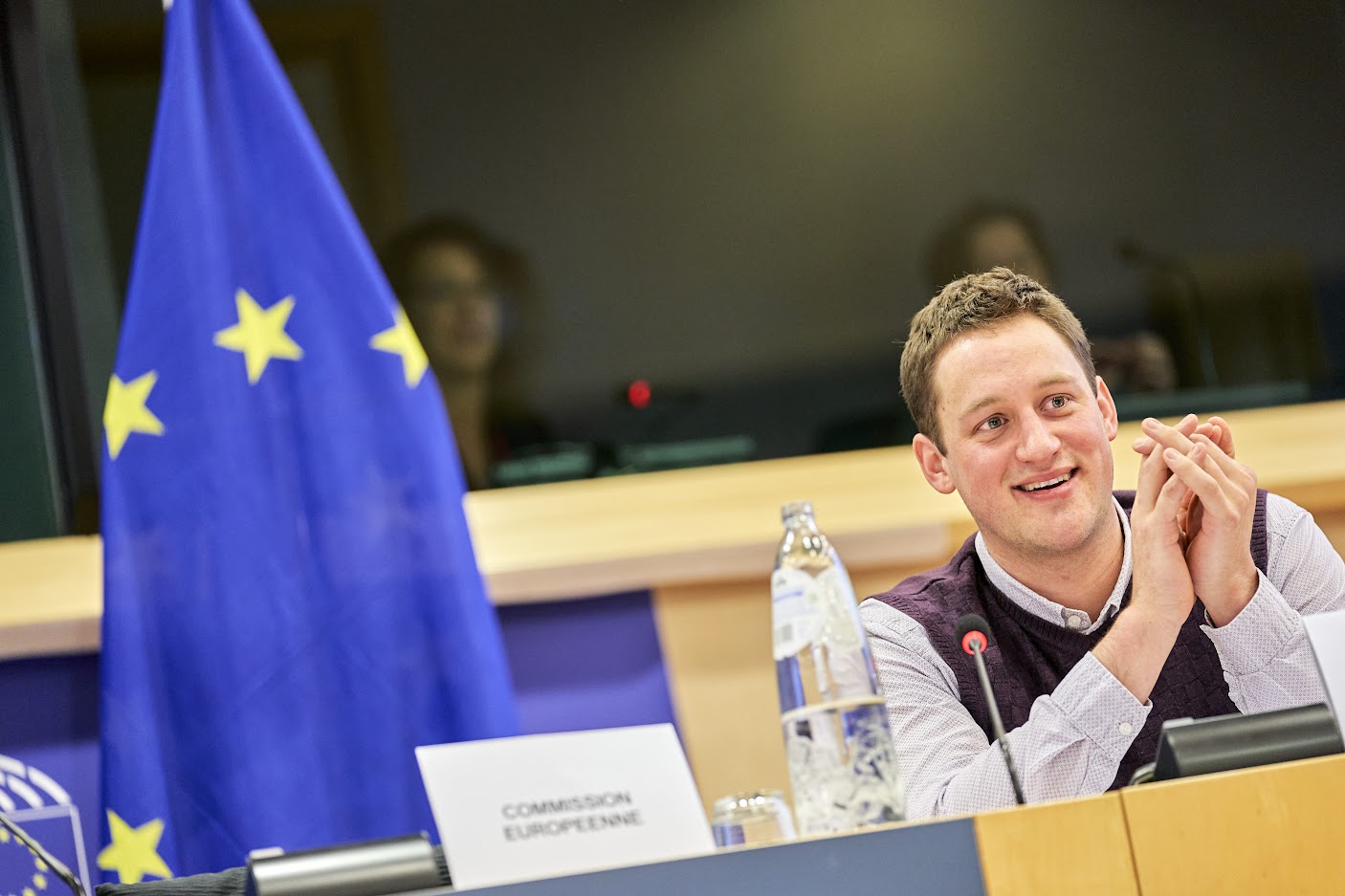 Lastly, the voice of the future found its way to the event in the form of Jannes Maes. The president of CEJA Young Farmers, and a young farmer in his own regard, held a passionate speech in which he addressed the challenges he saw on the horizon, or very much present already; ‘Market information, comunication, engaging in desicion-making, and ensuring rural areas are viable places to live, are crucial components of digitalisation. However, there must be structures to guarantee that solutions are implementable’, stated Maes. He very much drew from experience when he said that his own mother sometimes would not trust digital data, and that connectivity in rural communities is the key to making rural life attractive for young people. ‘If you want rural communities to be a part in decisionmaking, we need to embrace digitalisation. That way, we can make sure that young prople would not only want to work, but also live in rural areas.’.

The event came to a close around noon, with the closing remarks of Bert-Jan Ruissen: ‘Smart farming is high on the EU agenda, and the European Parliament is ready to further implement these developments’.

He then invited everyone for a light networking lunch in which, no doubt, new connections were made, and we can only hope that connectivity keeps these new alliances alive for many years to come.

Please find more pictures and the presentation slides on the Smart AgriHubs Portal!

Back to news overview ›

EXPLORE THE IOF2020 PROJECT AND ITS COMPONENTS IN THE IOT CATALOGUE